The investment represents the second year of either two or four-year funding agreements with National Sport Organisations (NSOs), Paralympics NZ and the NZOC, providing support in the areas of high performance leadership, coaching, international competition, training camps and pathway development for targeted and campaign sports.

“Our investment philosophy is based on a performance driven approach. Key to the success is a customised and balanced portfolio that is wide enough to ensure we have enough medal opportunities for conversion, but narrow enough to impact performance and increase the probability of repeatable success.”

Today’s announcement reaffirms the partner investment schedules confirmed last year, with a small number of changes. Cycling NZ and Canoe Sprint NZ have their core investment extended until 2020 and $340k of operational savings achieved by HPSNZ over the past year will now be redistributed to sports:

“While a number of the decisions announced are part of the previous multi-year announcement, today’s decisions provide an opportunity to refine and balance the aggregated needs of NSOs with our system leadership responsibilities. Our approach to investment is tailored based on need and impact and fundamental to the success is the shared partnership between HPSNZ and our system partners”.

With the two-year funding agreements for many NSOs set to conclude at the end of 2018, a new round of investment decisions will be announced in December 2018 through to Tokyo 2020. 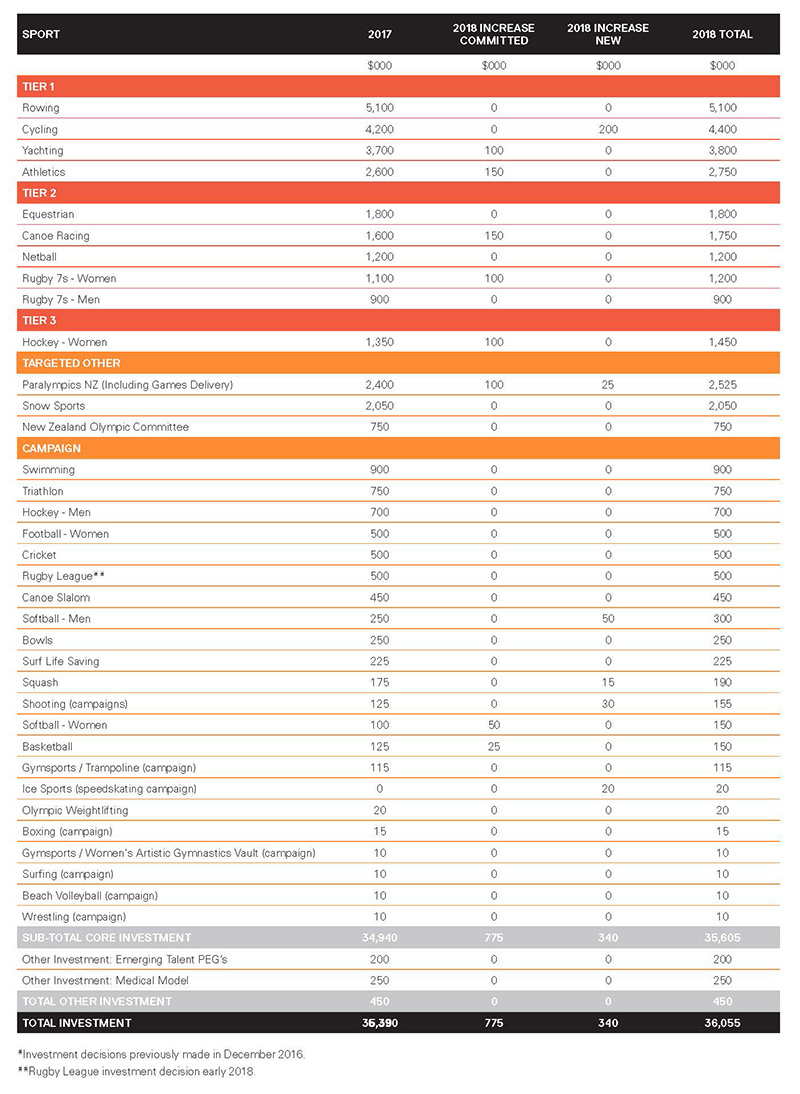