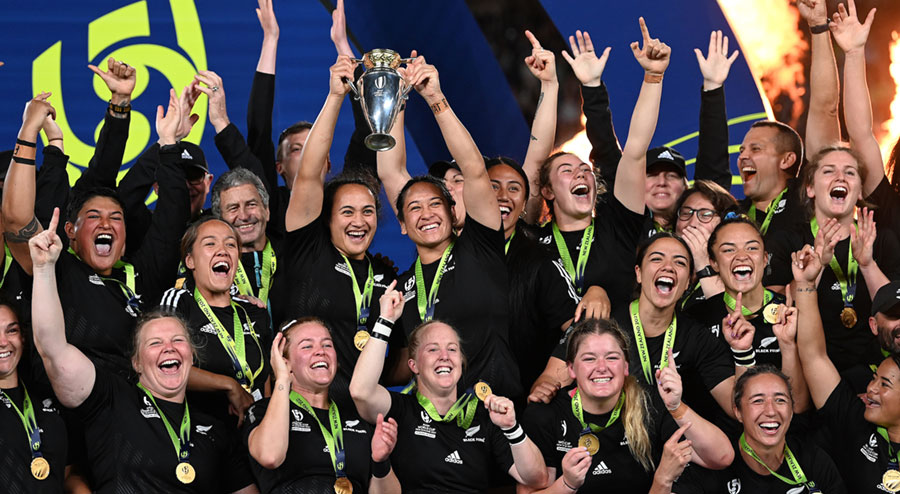 From the Director of High Performance

How else can we begin this edition other than by congratulating the Black Ferns and all those involved in their outstanding and inspiring RWC2021 campaign.

On the field the team embraced and played a brand of rugby that was a joy to watch and clearly to play but, importantly, a brand that justifiably earned them a chance to contest a World Cup Final for the first time at home. To then go on and win a final played in front of a sold-out Eden Park and millions of viewers all over the globe was truly inspirational.

I was fortunate to be at Eden Park for the final and it was a unique and emotional moment. The media coverage received and universal engagement in the event over these past weeks indicates a tipping point in New Zealanders’ perceptions of women’s team sport.  Women’s sport of all types should benefit from the legacy that has been created.

While we don’t invest directly into the XVs game I would like to acknowledge two people. One is Hannah Porter (RWC winning Black Fern player in 2002 and 2006 and as Team Manager in 2010 and campaign manager in 2017) who was seconded to Rugby NZ to support the campaign during this year. Well done Hannah!

Secondly, Black Ferns assistant coach Whitney Hansen is among the coaches who completed HPSNZ’s Te Hāpaitanga coaching programme in 2021. In this update Whitney talks to us about what she learned from Te Hāpaitanga that she was able to bring forward to her successful Black Ferns role.

The event itself has far exceeded expectations in the way it brought to life the promise ‘to supercharge women’s rugby’ that NZ Rugby made in its bid for the world cup. Kiwis can once again be proud of our ability deliver world class events in a typically kiwi manner.

At the heart of HPSNZ’s partnership with sports is the work we do with them to support the performance of their athletes on the world stage.  Our feature on what went into preparing the athletes for the recently completed Shooting Para Sport World Championships in the UAE shines a light on several aspects of this.

The key focus for that team and others is Paris 2024 qualification and preparation. With the Olympic and Paralympic Games now just over a year and a half away, we’re looking forward to catching up with our partner NSOs over the coming months in end of year performance conversations. We’ll be checking in with them on how their Paris 2024 campaigns are progressing and how they can best be supported in the time remaining. 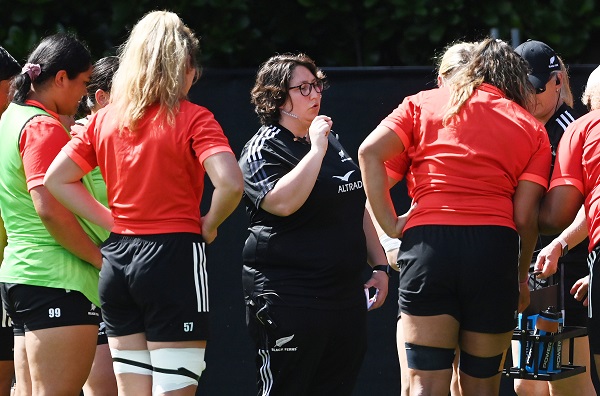 HPSNZ spoke with Black Ferns assistant coach, Whitney Hansen, about the learnings she was able to take from HPSNZ’s Te Hāpaitanga programme into the winning RWC2021 campaign.

Whitney, an alumnus of the inaugural Te Hāpaitanga programme, says the most important learning she took into the eight and a half week Black Ferns World Cup campaign was how to be at her best for everyone within the wider team.

“Eight and a half weeks is a long time so I need to constantly think about what I needed to do to ensure I was at my best throughout the campaign. That was how I would be able to provide the best support in my coaching role.”

It takes a team

To get to UAE though has meant a huge amount of work, not only from the shooting para athletes themselves but from the all-important Athlete Performance Support team and Performance Life Coaches who have had their backs as they built up to the World Championships and look towards Paris 2024.

HPSNZ’s Women in High Performance Sport Residency Experience has been updated for 2023 to provide greater flexibility for individual applicants and enable NSOs to provide a residency-based role which is a bridge to the real-world high performance experience.

The redesign was based on a review of the pilot programme.

Women in High Performance Sport Lead, Helene Wilson, says the programme will include a range of changes which will provide greater flexibility for individuals applying for a Residency Experience and enable NSOs to provide a real-world high performance experience.

What Happens When You Create Space in the System?

The recent IWG World Conference on Women & Sport featured a Lightning Talk facilitated by HPSNZ Women in High Performance Sport Lead Helene Wilson entitled, ‘What happen when you create space in the system?’

Performance-based research questions from six impact teams are coming together to progress a key part of the HPSNZ 2024 Innovation and Research Plan,

The project is now in the hands of Glenn Kearney who took over as Research Manager – Strategy and Innovation earlier this month. 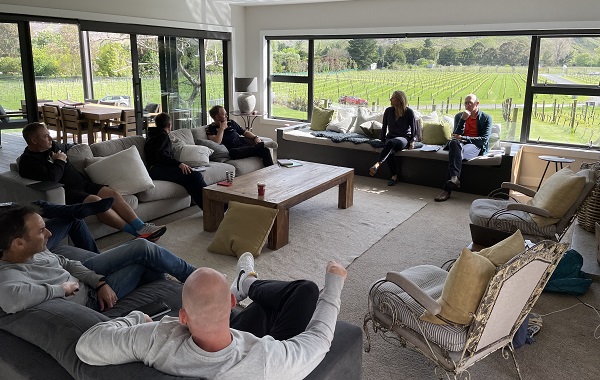 The first Coach Accelerator Te Tūāpapa workshop in the Challenging Conversations series was held In October bringing together six coaches from across rowing, triathlon, rugby sevens and equestrian.