New Zealand athletes made history at the Rio Olympic Games winning 18 medals, a 38% increase on London 2012 and four above the Olympic target.

As the ‘team behind the team’, High Performance Sport New Zealand (HPSNZ) has worked closely with sports, coaches and athletes over the Rio cycle to provide the best package of investment, science, medicine and technological support.

Over 500,000 hours of athlete performance support was provided by HPSNZ experts to high performance athletes and coaches in preparation for the Games, while a team of over 30 front line dedicated HPSNZ performance specialists provided on the ground continuous support to athletes at the Games, with further HPSNZ staff supporting remotely from New Zealand.

“The ambitious target for New Zealand was to win 14 or more medals following the success of London. To reach 18 is an outstanding achievement by our athletes and continues the sustained growth and improvement from Sydney (4), Athens (5), Beijing (9) and London (13).

To deliver performance of this scale takes a great team of people at HPSNZ, across NSOs, the NZOC and Sport NZ. I would like to thank the partners for believing in our vision and providing the environment for our athletes to succeed on the world stage.

I would like to thank the partners for believing in our vision and providing the environment for our athletes to succeed on the world stage.

I would also like to acknowledge the Government who have been great supporters of high performance sport in New Zealand and should be commended as without their support our success would not have been possible”.

“I would like to congratulate our athletes who have enriched and inspired the nation by what they have achieved. With a record number of podium performance across an incredible nine sports, including four multi-medal sports, the high performance system in New Zealand is stronger than ever.

With 60% of medallists first time Olympians, we have more strength in depth and breadth than ever before, and with all medallists supported by High Performance Sport New Zealand during the Rio cycle, we will continue our focus on investing in medal potential and building system sustainability, with the resources available to us.

…we have stayed true to our strategy and allocated our investment wisely to bring a return for New Zealand.

We may not have the same resources as many of our international competitors but we have stayed true to our strategy and allocated our investment wisely to bring a return for New Zealand. We hope that this success inspires the next generation of athletes to win on the world stage as the Rio Olympic team has been filled with outstanding role models on and off the sporting field of play.

Our attention will now focus on the Paralympics and the support required from us to ensure our vision of more New Zealand winners on the world stage”.

The Team Behind the Team 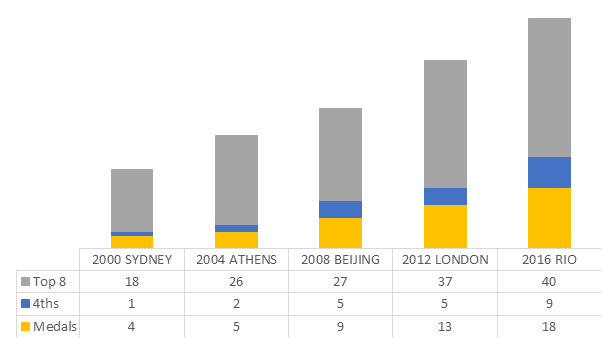 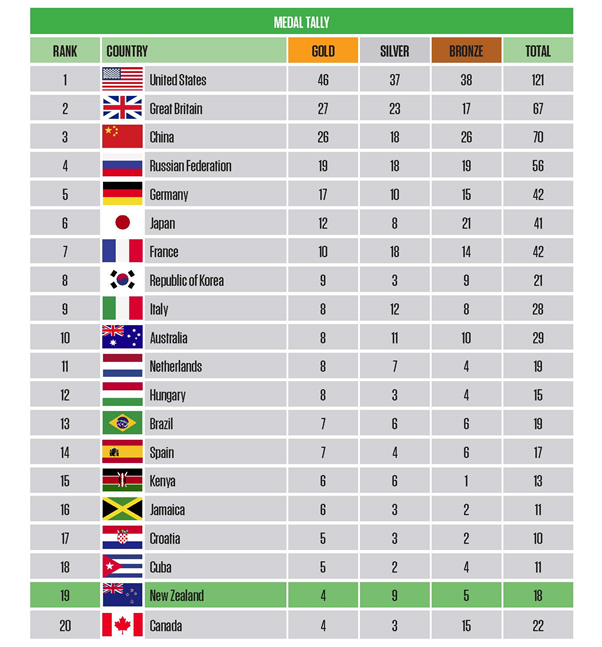 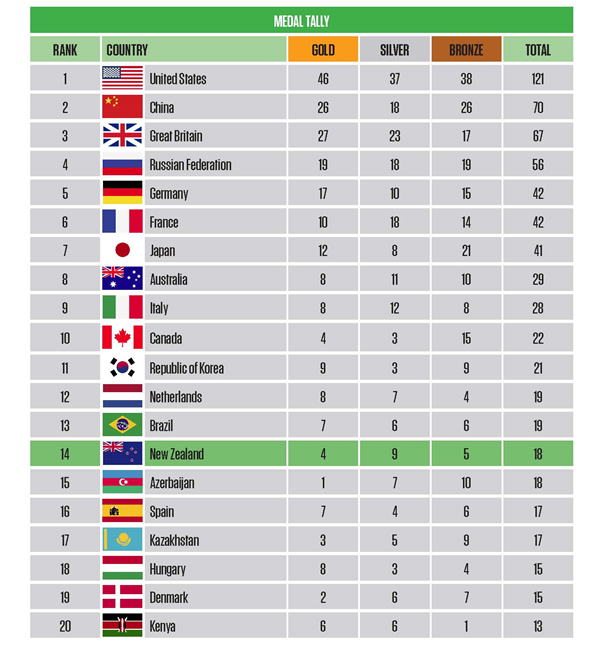