Shaun rates David as one of the fittest athletes in New Zealand with incredible VO2 Max (maximum rate of oxygen your body is able to use during exercise) combined with great speed, and believes if he hadn’t moved into boxing, David would have made a very accomplished track and field athlete.

“While I would not describe him as an explosive athlete, since he qualified for the Tokyo Olympic Games we have focused on developing his explosiveness. We have tried to target those fast twitch fibres to develop David’s punching power and therefore his knockout punch in both his right and left hand.”

Shaun explains that to make this possible, improving David’s rotational strength – generating force from his hips and trunk – was critical. 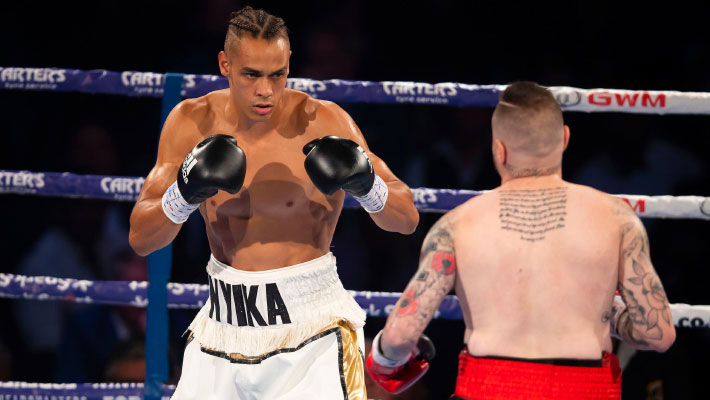 “We looked at the biomechanics of executing a strong and powerful punch and translated that to the specific gym work required to develop the qualities needed to produce a knockout punch.”

Shaun says what he and David have tried to do is improve the Commonwealth Games gold medallist’s fascial network – the ligaments, tendon, muscles and connective tissues which support movement. That free energy of the soft tissue that contributes to force production that doesn’t use up any energy.

“We’ve worked on David holding his body in specific positions for an extended length of time to develop his fascial network.”

Shaun says it’s important to understand that boxers don’t throw punches in conventional positions, so he has had to try and put David into positions where he was at his weakest to strengthen his muscles so he can generate force from more awkward angles.

“The testing we have been able to access has revealed this work has been successful.”

Shaun first began working with David seven years ago. He was initially brought on board to assist in his weight gain strategy alongside nutritionist Lillian Morton as David wanted to put on 10kg to step up a weight class.

Over time his role has changed. For several years David has been without a regular day to day boxing coach. While Shaun doesn’t in any way coach him boxing technique, he has been there to fill in any gaps and accommodate his needs, such as conditioning, some boxing specific elements, and putting together his training units including everything from bag work to track work and watt bike sessions.

“It has not been easy. David has found it tough out in the wilderness for a period without a coach. Yet, he has been relentless. In our seven years together, he has not missed a training session and he possesses a resilience like I’ve not experienced. David is such a personable, loyal, hard-working person who lifts everyone around him. He’s such a good human.

“I’m really looking forward to watching the action unfold in Tokyo. I’m sure the whole of New Zealand would be ecstatic if he was to win a medal.”