HomeInspiring Stories Case study – Markus Somerville
It’s not often you hear an elite athlete say he loved coaching from an age as young as 16 but that’s the story of Yachting NZ double handed skiff coach Markus Somerville, who has just completed his Prime Minister’s Coach Scholarship.

A young sailor who moved through the grades from Optis to Olympic classes including 49ers and 470s, Markus says while he was moderately successful at World Champs and other international events it was his first taste of coaching that really sparked a flame.

“I was kind of in limbo, not sure where to with my sailing career when I met Geoff Woolley and Ian Stewart, two fantastic people in Yachting NZ’s development programme, who encouraged me to explore coaching as an option.”

Initially Markus was offered the role as sailing partner for Alex Moloney and Molly Meech and gradually he began transitioning into a coaching role after the 2020 Olympics.

The next step for Markus was to further his coaching credentials and with encouragement from Geoff he applied for a Prime Minister’s Coach Scholarship which funded his first ever international trip.

During the two months he supported and coached his sailors over four events while working and learning alongside ex-Olympian now coach, Jenny Armstrong, and Yachting NZ’s new Spanish coaches, Anton Paz and Javier Torres del Moral.

“Working with Jenny taught me about developing achievable, percentage-based goals, developing structures such as checklists for sailors early in their build up and prioritising mental and physical health of the sailors,” says Markus.

Importantly, says Markus, this was about focusing on that 1% gain sailors at that level are seeking.

Markus also credits his coach mentor of the past two years, Nathan Handley, who has a style which is lead by example, upbeat and energetic, hands-on yet structured around routines for himself and his sailors – all underpinned by excellent communication which Markus says is critical.

Markus is extremely grateful to the Prime Minister’s Scholarship which provided the opportunity to learn from some of the best sailing coaches in the world, however he is not a newcomer to the programme.

“I was fortunate to complete my Bachelor of Sport and Recreation in Marketing and Management through a Prime Minister’s Athlete Scholarship when I was competing.

“My dream is to become an Olympic coach and also use my degree in management and marketing for the benefit of yachting in this country.” 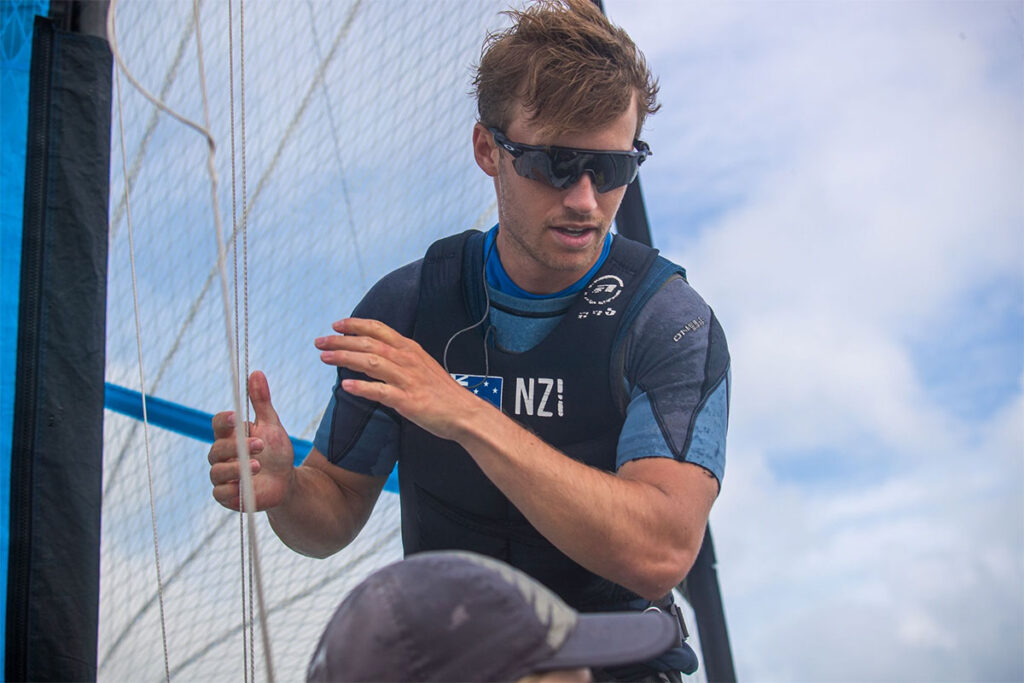 About the Prime Minister’s Scholarship programme

Established by the Government in 2000 to help New Zealand’s elite athletes pursue tertiary study while developing in their sport, the programme has evolved to include scholarship categories for coaches in 2002, officials in 2005 and support team members in 2006.

The programme is administrated by HPSNZ.