Matt, a Performance and Technique Analyst with a background in biomechanics, has worked with Sophie since she was 13.

“We’ve been through a few cycles together. A lot has changed over the years,” Matt says.

He started out working purely on Sophie’s swimming technique.

“We are still always refining things, making sure no bad habits are creeping in. We still do regular filming and we’re still striving for optimal technique, speed and efficiency in the water. Roly is always striving for that optimal performance.”

Matt says his role has evolved with Sophie’s career. 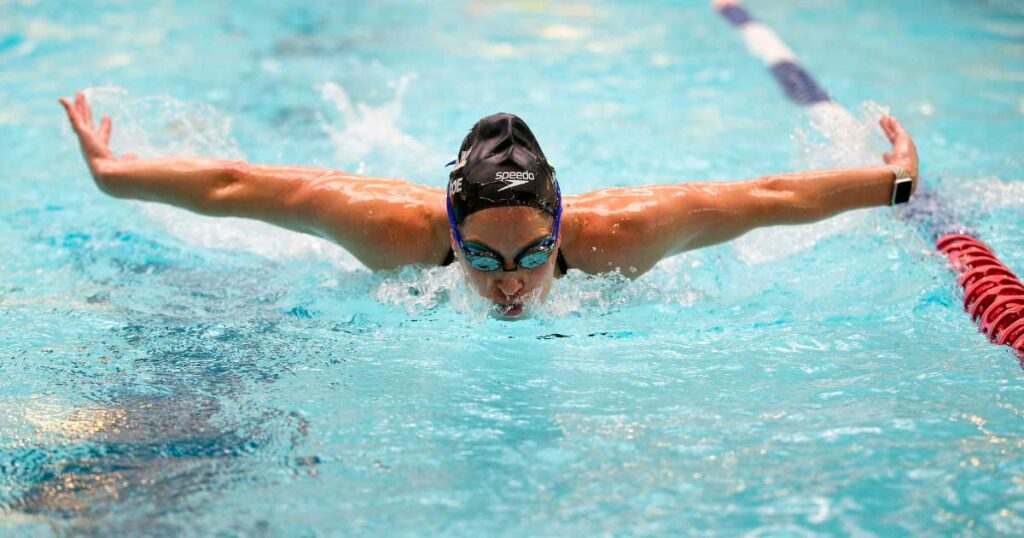 “Sophie is a senior, very experienced athlete. Rather than purely a (Performance and Technique Analysis) provider, these days I act as someone to listen, see what is going well what isn’t and provide feedback to both coach and athlete to keep things on track.”

Matt also helps Roly and Sophie get what they need performance wise to get the job done.

He says that while COVID-19 has been hard for Sophie in some respects, and prevented any of the usual pre-Paralympics travel, it has enabled her to prioritise time at home in Christchurch.

She has a multi-disciplined support team in place, many of whom have been working with her for more than a decade.

“The support team always meet on a regular basis. All the providers have a good understanding of where she is at day to day or week to week.

“For example, working closely with Tamsin – what I am seeing in the water, Tamsin is often seeing on the table. How we affect change; it might be me reporting back to Tamsin and she will be doing that manual therapy to actually affect change so we can see the change in technique in the water.”

Matt says things have changed for Sophie in the buildup to Tokyo. Years of training and competition have been hard on her body, so the team have done things a bit differently this time around.

“We’ve focused on fewer sessions per week, less time in the pool. Just making adjustments to keep it fun and interesting. We often bring in different people as training partners – it’s so much easier to train when you have people to bounce off.”

That approach still enables Matt to observe the detail of Sophie’s technique and optimise her body position in the water.

“At race speed we still want her nice and high in the water to reduce the drag as much as we can.”

Matt is excited by opportunity to coach Sophie in Tokyo and the trust placed in him, having worked closely with her for so many years. He is looking forward to stepping up and getting the job done.

“Roly will still do the plan but it’s important that she has someone from her tight team with her in the heat of battle.”

In fact, Matt will be doing two jobs at the Paralympics.

“Normally I would go as a swim race performance analyst. I will fill also that role while I am there. So when Sophie is swimming my normal role would be to film the race, analyse it and review it between heats and finals. I will still be doing that for Sophie and for the other Para swimmers.”

But speaking as Sophie’s coach in Tokyo, Matt says Sophie is in good shape.

“We’re looking for medals. And there is no reason she can’t succeed. She’s in a really good space to swim well and be on the podium.”