scroll
HomeInspiring Stories Navigating for Team Eltje
Para cyclist Eltje Malzbender loves to ride a bike. Athlete Life Advisor Christina Jacklin from High Performance Sport New Zealand works with Team Eltje to make sure nothing gets in the way of that for the remarkable athlete.

Eltje was left for dead on the side of the road after a hit and run in 2016 and came back from a coma that was classified as the lowest survivable outcome. She lives with a severe brain injury.

According to Christina, Eltje is “a really stubborn lady, highly ambitious and basically just wants to ride her bike. It’s as simple as that.”

“When she had her accident a big consequence of that in terms of her enjoyment of life was not being able to ride on two wheels. That was because she really lost her independence and her ability to balance.

“Riding a bike is what brings her joy So when I see her and when I work with her it is about helping her bring that joy by riding her bike. She may have three wheels now but that doesn’t matter, she is still doing what she loves to do.”

Eltje’s brain injury severely impacted her short-term memory so she relies on Christina to help her navigate the complexities that come with being a high performance athlete, which would otherwise cause significant anxiety.

Whether that’s working through emails about the latest COVID-19 protocols and daily heath checks, helping Eltje cope with the change in people and processes around her, help her manage her finances or even supporting Eltje as she finds her way from one place to another, Christina is happy to be a navigator.

“When she first started coming into the Avantidrome I would meet her at the front door and help her navigate up to HPSNZ. Her spatial recall of location is very poor. I had to take her up and down six or seven times initially and then every week for several weeks when she was coming in because she can’t recall that pattern. So a lot of it was literally physical navigation.”

When Eltje first started in high performance sport, Christina was struck by her determination when she shared her story very openly. 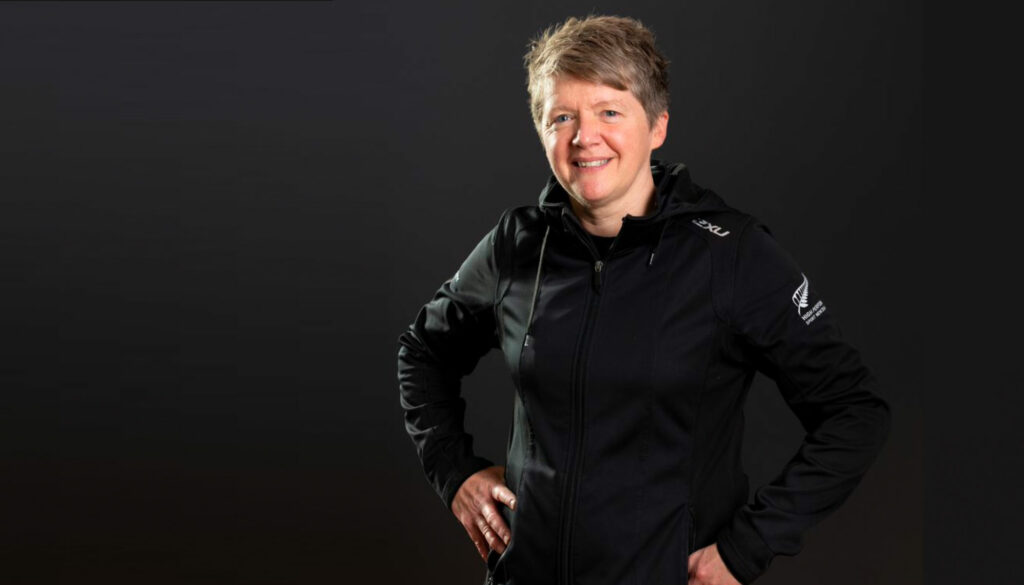 “There were lots of tears, lots of hugs. I had a feeling this was going to be a pretty special relationship from the start to be honest.”

Christina says suddenly all these support staff were becoming involved because quite early on Eltje was identified as a potential world champion. Building those relationships and feeling safe in them has been important all the way through her campaign.

“There were a lot of introductions to people which she found quite overwhelming initially. All the people coming in and out has been superb in terms of the support she gets but for Eltje it is also really challenging so we keep the core team (coach Michael Bland, carer John Blake, Eltje and myself) very, very tight. Others come in and out and add value but we try not to let it disrupt Eltje because she can become overwhelmed.”

The other part of Christina’s role has been trying to facilitate meetings for Team Eltje. Christina has been the consistent team member in the meetings, so regardless of who is sitting in from Paralympics New Zealand, HPSNZ or elsewhere, Eltje knows that she always has Christina there as a safety net.

“She needs to feel safe. She needs consistent people and she needs no fuss. I’ve always tried to help her realise that this isn’t a simple environment, but we will try and keep it as simple as we can for her. When you work with her, she reminds you that it is the little things that bring the joy.

“It hasn’t all been smooth by any means, but we have done the best that we can to get her to Tokyo. Once Eltje is actually sitting back in her house in Cambridge, that will be a big relief. What happens in between will happen.

“Eltje is a racer. She has an incredible ability to just switch into race mode. I trust that Eltje will do everything she can as she rides the race. She’s picked herself up off the floor before and if she needs to do that again, she’ll do it again.”