Elliot works with swimming and Para swimmers as a Performance and Technique Analyst, including biomechanics, looking at technique and ways of improving performance.

When Elliot joined Jesse’s campaign recently, coach Simon Mayne talked to him about Jesse’s tendency to weave form side to side in the lane during his backstroke.

“My role has really been focusing on isolating specific performance questions, the improvement that can be made and focusing on how we can nail that.” 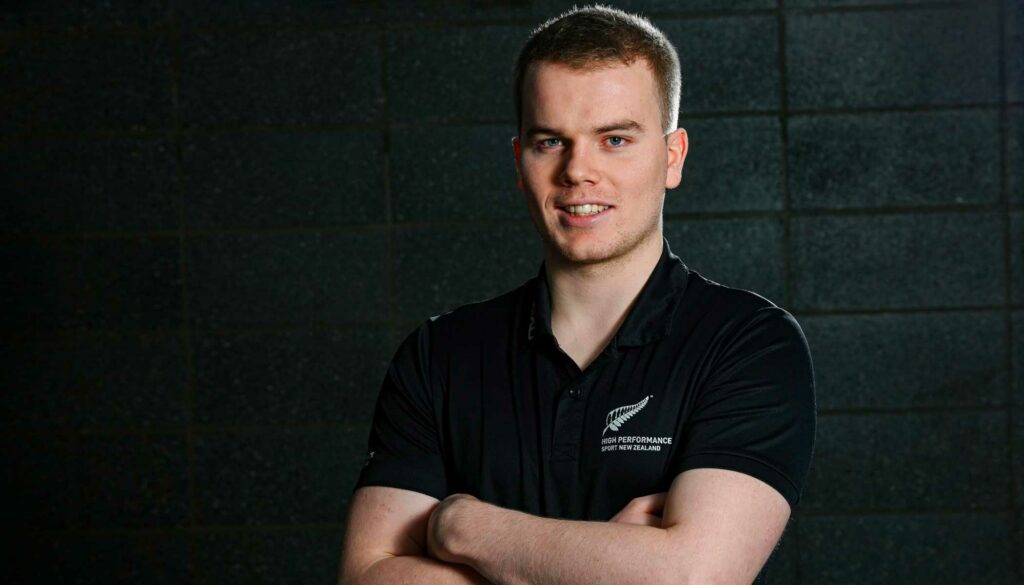 “Jesse is a pleasure to work with. He wants to look at things to improve that maybe other people haven’t brought up before. He is open to those discussions but also open to questioning things as well.”

“We’ve got a series of cameras that the Goldmine team installed directly above one of the lanes at the National Aquatic Centre. They also built some software that is used with them. That essentially stitches the video feeds together so instead of having eight separate video feeds it looks like the camera is moving and following the swimmer. The swimmer wears a red cap which allows the cameras to track him.”

“We are able to identify multiple times per second where he is located within a lane and track that throughout a length or throughout a set and track his movements within that lane.”

“That was something that hadn’t been able to be address previously. Being able to quantify that rather than just his coach going ‘I think see this but I’m not sure’.”

“We’ve done that. He’s made a massive improvement in that side of things in the last few months.”

There were a number of aspects Elliot investigated, including the fact that being a para athlete missing a leg, Jesse is asymmetrical and must look at the best ways to manage this. Elliot also looked closely at Jesse’s backstroke kick and his hand entry techniques and placements.

“I think also awareness was a big part of it. Not necessarily changing his technique completely.”

Elliot says Jesse and his coach have been fully engaged in the process and wanting to make performance improvements which is awesome to see.

Elliot and the HPSNZ Performance and Technique Analysis team will be providing support for Jesse during the Paralympic Games.

“We will have someone over there filming the races and they send the footage back. We produce race reports – nothing too technical but it gives them a good overview of the race and how it was executed and they can see where they could have done something better or could improve something for later rounds.”

Tokyo 2020 is the first Games Elliot has helped prepare athletes for, and he is excited about what is to come.

“As a support team we know Jesse is in the best shape he can be.”