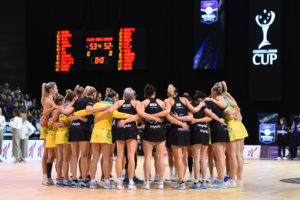 The Silver Ferns erased a five-goal deficit in the final quarter on Sunday to secure back-to-back wins against the Australian Diamonds for the first time since 2015.

Just like in the Netball World Cup final in England in July, they prevailed by a single goal, 53-52, to start the Constellation Cup on a winning note in front of a sell-out crowd.

Super sub Karin Burger came up trumps in the final few minutes, winning a crucial turnover, which Ameliaranne Ekenasio (29/31) converted to give the Ferns the lead for the final time.

Ekenasio was the breakout star of the Ferns’ World Cup triumph in July and she picked up where she left off in Liverpool early on, making nine of her 10 attempts in the first quarter while reestablishing her impressive partnership with Maria Folau. 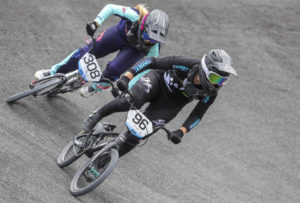 Both Kiwi females made it through from the two round qualifying in the revamped format because of the impending weather, before both finished fourth in their groups from a three-heat quarterfinals series. Walker was fifth in her semifinal, to miss out by one spot on the final, with Petch sixth in her semifinal.

North Harbour’s Michael Bias, the only New Zealand male rider, was third in his qualifying motos and was on track to make it to the semifinals but finished fifth in his final quarterfinal heat to miss out by one spot.

Around 180 riders from Australia and New Zealand will compete in the four-day UCI continental championship from 16-19 October at the SIT Zero Fees Velodrome in Invercargill. As well as Oceania titles, the championship offers all-important qualifying spots for next year’s UCI World Championships.

“Our endurance and sprint teams have worked hard over the winter in building a base for the upcoming track season. So this is a good opportunity for as many of our best riders, both elite and junior, to stretch their legs in very strong competition,” said Cycling New Zealand high performance director, Martin Barras. 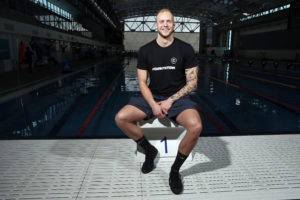 “Moving on from swimming was the hardest decision I’ve made but at this stage in my life, I’ve never been more happy and excited to start a new chapter in my life.

Swimming New Zealand would like to thank Corey for his service to the sport and wish him all the best for his future endeavours.