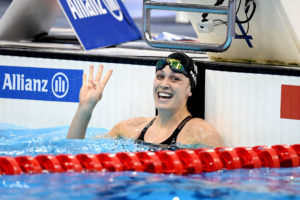 The Christchurch swimmer and current World Record holder pushed ahead within her first ten strokes and held a clear lead by the halfway mark, before finishing with a 1.4 second advantage over second with just one hundredth of a second splitting second and third.

The 26-year-old swam a championship record of 27.77 which was just under half a second off her World Record time of 27.32, which she set in Auckland at the New Zealand Nationals in June. 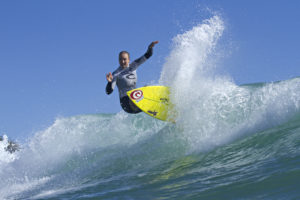 New Zealand surfer Ella Williams, left, was thrilled to emerge from tough conditions in Japan with a provisional Olympics berth.

Kiwi surfer Ella Williams has provisionally qualified for the Tokyo 2020 Olympics securing the Oceania slot at the ISA World Surfing Games in Japan.

Williams is set to be will be part of an exclusive group of 20 women surfers that will contest surfing’s Olympics debut in July next year after being the highest placed of the Oceania surfers at the worlds.

“It has definitely been a big high of emotions especially when I found out that I had claimed a spot in the 2020 Olympics. It’s always been a dream of mine to be there now it’s becoming a reality” – Williams. 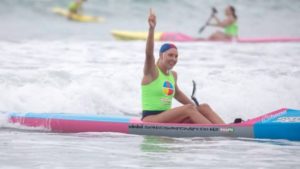 McKenzie won the ICF canoe ocean racing woman’s world title overnight NZ time and she admits she was a little surprised with the result.

“I haven’t done too much specific training for this race as everything has been focused on the Coolangatta Gold and the upcoming International Surf Rescue Challenge in South Africa,” she says.

“So I’ve been paddling once a week in the ocean ski just to get a feel for the boat.” 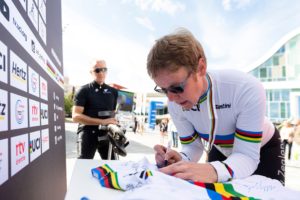 Eltje Malzbender has shown tremendous heart and tenacity to be crowned World Champion in the Women’s T1 Road Race after crashing on the final lap at the UCI Para Cycling Road World Championships.

The Te Awamutu rider held a 48 second lead over the Canadian, before taking a spill which almost cost her the race. “I got it wrong, I didn’t lean inwards like you do on the trike and then fell off to the left side and they tell me within thirty seconds I was back on the bike, that was certainly an even bigger success than winning.” 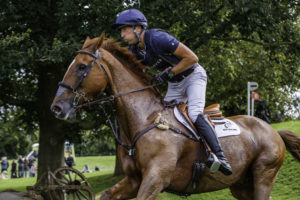 Tim Price is already looking to the future with Bango, who this morning placed fifth at the Land Rover Burghley Horse Trials in the UK.

The world no.1 was defending champ aboard Ringwood Sky Boy but an unfortunate slip in the water during the cross country yesterday saw them out of the running. However, Bango stepped up beautifully to reinforce the belief Tim has always had in him to finish the event on 41.6 penalty points.

Results in from Canoe Racing Test Event in Tokyo 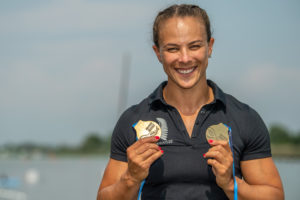 Lisa Carrington places second in the A Final of the K1 500m at the Olympic Test Event in Tokyo.