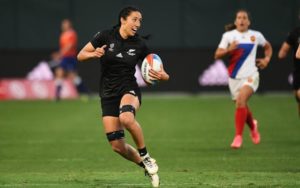 Black Ferns Sevens captain Sarah Hirini is processing her Queen’s Birthday Honour as a tribute to the greatest rugby players in the world.

Hirini has received the award for services to rugby, both sevens and 15s.

The Manawatu sevens captain was selected for the Black Ferns Sevens eight years ago, as they began the professional era. Hirini deflects most of her success to the women around her – women she considers to be the greatest.

“I am just grateful our team is so successful and I get to play alongside some of the greatest in the world.”

Football Ferns beat England in lead up to World Cup

The Football Ferns will head into this year’s Fifa Women’s World Cup with three wins under their belts against fellow contenders in the leadup, having managed just one in 2015, 2011 and 1991 combined.

Their historic 1-0 win over England on Sunday [NZ time] joins those over Argentina – 2-0 in March – and Norway – 1-0 in April – in giving the Ferns a big boost of confidence as they prepare for their tournament opener against the Netherlands in 10 days’ time. 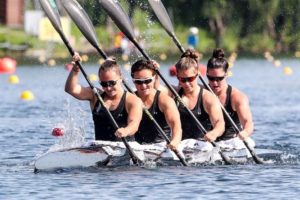 A developing New Zealand’s women’s K4 500m crew produced a quality performance to place third in the B Final on the final day of action at the ICF Canoe Sprint World Cup in Duisburg, Germany. 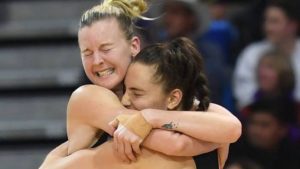 Whether you think it was one year, two years, or 21 years too long for a first domestic netball crown, few would begrudge the Pulse their moment of jubilation after defeating the Northern Stars 52-48 in this year’s tense and tight decider at Te Rauparaha Arena in Porirua on Monday afternoon.

It was redemption for last year’s grand final capitulation to the Southern Steel. It was satisfaction for making their third-straight final. It was the end of more than two decades of toil for a region that has never won the elite domestic netball title since the competition was introduced in 1998.

The island nation defeated the Kiwis 35-24 in the final, after leading 28-7 at halftime, to join New Zealand in claiming a fourth series championship.

Following an incredibly successful Vantage National U21 Tournament which saw the Canterbury Women and the Capital Men walk away with the 2019 titles. Hockey New Zealand is pleased to announce the U21 New Zealand Squads.

These squads aim to build towards the Sultan of Johor (Men’s) in October in Malaysia and Tri-NationsSeries (Women’s) competitions later in the 2019 season in Australia.

The reigning champions Canterbury Women lead the way with eleven of their successful tournament team selected in the squad. Central Women meanwhile are not far behind with ten players selected.

On the Men’s side Southern has been rewarded for a strong showing in the tournament having eight players selected to the squad andrunners up North Harbour are represented by seven players. 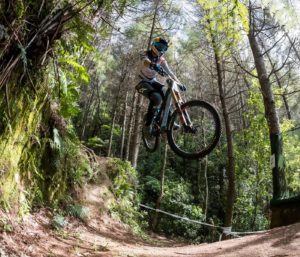 Riders had to brave cold, windy and wet conditions on the famed 2.7km track at Fort William in the western Scottish Highlands.

National champion Brook MacDonald was ninth, with the MS Mondraker Team rider one spot ahead of compatriot Ed Masters (Pivot Factory) in the elite men’s final, while New Zealand champion Kate Weatherly was sixth in the elite women.

Five Kiwi elite men finished in the top 20 in a durable day for Kiwi riders in thoroughly testing conditions on the exposed Scottish Highlands on one of the longest tracks on the world cup circuit. Matt Walker (Pivot Factory), who claimed the hot seat for a time as one of the early riders, finally finishing 16th ahead of fellow Kiwis George Brannigan (GT Factory) and Sam Blenkinsop (NORCO Factory) in 17th and 18th respectively.

Podium finish for Riders in Ireland 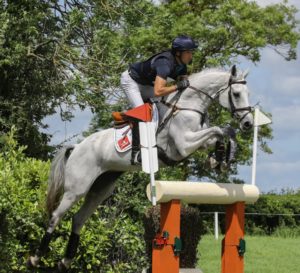 The final Kiwi in action in Duisburg, Quaid Thompson, placed a solid 21st in a high-quality men’s K1 5000m.

The World Cup races in Poznan and Duisburg represented a huge opportunity for New Zealand’s younger paddlers to perform on the world stage and all would have learned much from the experience. Click here for full results.