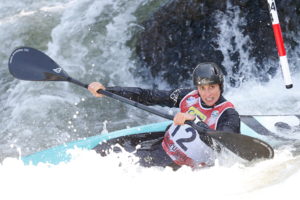 The result beat Jones’s fourth-placing in 2017 and her seventh-placing last year and added to the Olympic silver medal she won in 2016.

Jones has booked a boat for the K1 for next year and also the C1 by finishing 9th in the final overnight. 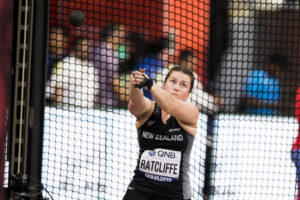 In just her second competition since winning the Commonwealth title in April 2018, Julia had a best throw of 70.45m, short of the automatic qualifying standard of 72m and just outside of the top 12 who will progress to tomorrow’s final.

In his first major International competition, Edward Osei-Nketia lined up for his 100m heat in lane seven next to medal hopefuls Andre De Grasse of Canada and defending World Champion Justin Gatlin of the United States. The top three in each heat were guaranteed a place in the semi-final, along with the next six top performers. Gatlin crossed first in 10.07 with Edward coming in 5th in the competitive heat in 10.24. The time ranked him the eighth top performer across the heats, just two places shy of joining tomorrow’s semi-finals.
The 18 year old said his start felt good: “All I just did was keep my focus, try not attack. I had the first 30m but then I think I had a bit of self-doubt during the race,” said Eddie. “I’m here for the experience.” 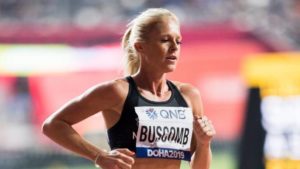 Camille Buscomb qualified for the Tokyo Olympic Games after setting a new personal best in the 10,000m at the world track and field championships in Doha.

Buscomb will compete in the 5000m later this week.

Meanwhile, Zoe Hobbs finished sixth in her 100m heat on her New Zealand debut. Racing alongside defending champion Tori Bowie of the United States, Hobbs finished in 11.58sec.Hobbs, 22, will race again on Tuesday in the 200m heats. 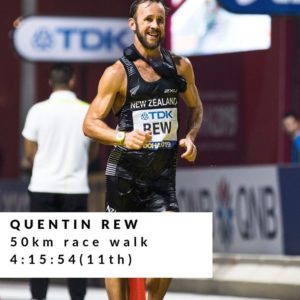 Quentin Rew took on the heat, humidity and late-night start in his fifth successive World Championship 50km race walk. Quentin steadily moved through the field during the race, shifting from 24th at the 5km mark to 18th at halfway and finally crossing in 11th place in 4:15:54 🌿