Podium finishes for Triathletes in Antwerp 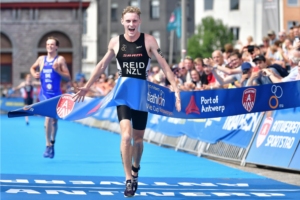 The 2019 Antwerp World Cup provided another dose of dramatic sprint-distance racing and some truly memorable performances on what was a steamy Sunday afternoon in Belgium.

The race came down to a pack of seven into the last lap of the run with Reid in the mix. Eventually Gabriel Sandor of Sweden and Reid edged clear of the pack with the Swede narrowly out front as they hit the blue carpet before Reid dug in, memories of being outrun last year still fresh in his mind. Last year’s silver medallist Reid timed his final attack perfectly this time around, flying to the tape two seconds ahead of Sandor, a delighted Diego Moya of Chile delivering bronze. 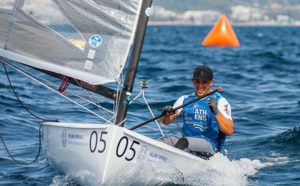 New Zealand team to compete at the Olympic test event in Enoshima (Aug 17-22):

New Zealand will send a team of 10 sailors to August’s Olympic test event in Enoshima, which will effectively act as a dry run for competitors, support staff and organisers 12 months out from the Tokyo Games. 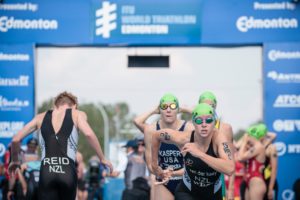 For the 2019 World Triathlon Series Mixed Relay Edmonton event on 21st July a New Zealand team of six athletes has been named.