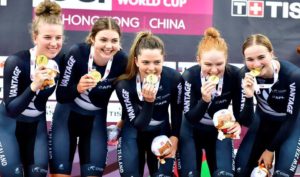 While the men’s combination earned silver after they were caught just two laps from the finish by Germany after leading throughout. 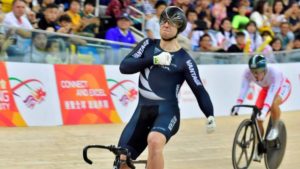 A stunning performance from debutant Callum Saunders has seen New Zealand claim a trio of medals on the penultimate day of the UCI Track Cycling World Cup in Hong Kong.

The Kiwis came away with two golds and a silver early on Sunday morning (NZ time), highlighted by Blenheim rider Saunders, in his first World Cup, out-gunning both world champion Matthijs Buchli and Olympic champ Jason Kenny to win the keirin final. 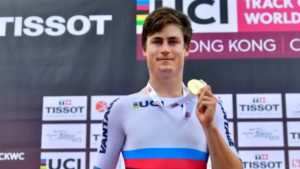 New Zealand’s other gold-medal-winning performance came from Campbell Stewart, with the omnium world champion showing his class by winning the elimination race and controlling the final points race.

He secured the overall honours on 142 points with Kluge on 133 and Switzerland’s Thery Schir third on 125. 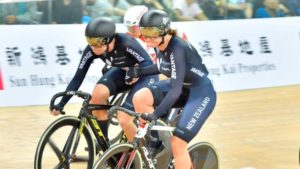 The other New Zealand medal went to Nicole Shields and Jesse Hodges, who finished second behind Denmark in the Madison. 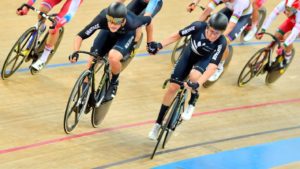 It brought the tally for the Vantage New Zealand team to seven with two fourth placings, which proved an excellent return, earning the award as leading nation at the competition. 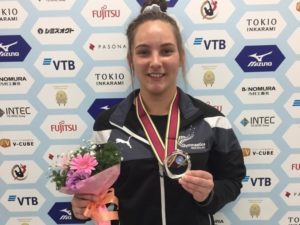 “We could have attempted a tougher final pass but realistically we didn’t need to. We knew we were in a good spot for a medal and just needed to make sure we delivered and Bronwyn sure did that. I’m absolutely delighted for her after all she has been through – I can’t think of anyone who deserves it more.”  Humphreys smiles.

“I’m just so stoked really – words don’t really do how I am feeling inside.  Just amazing, absolutely amazing.”  Dibb finishes.