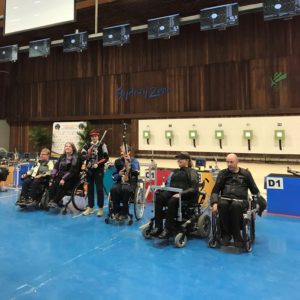 Johnson is a 4-time Paralympian and has won 3 Paralympic medals. Brunzel has only been shooting for 2 years and made her World Championships debut in Sydney this week. The pairing matched the world record score in the qualification round and then went on to secure the bronze medal in the final, following closely behind gold medallists Italy and silver medallist Sweden.

Johnson said, “I really enjoyed it today as it was exciting and different. Competing in the team event really added some new elements to shooting that haven’t been around for quite a long time for me. Together we bounced off each other and used each other to advance through to the final. I think we made a really good team.”

Brunzel said, “It really was fun out there today because shooting is normally just a single sport it was nice having someone else to work with. It was good fun and I enjoyed shooting with Michael – it was kind of like training but just doing it for real. The final was a different style of shooting where we had to alternate each team member shooting and that was quite interesting and getting a rhythm going between us was important.” 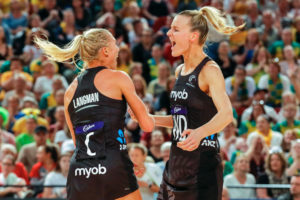 The Silver Ferns have pipped the Australian Diamonds 54-53 in the third Constellation Cup test in Sydney, setting up a winner-takes-all showdown in Perth next Sunday.

It almost seemed as if neither side wanted to win the contest down the stretch, as they both coughed up possession during an error-ridden passage of play where two minutes passed without a goal.

Ferns shooter Ameliaranne Ekenasio kept her cool under pressure for the second time in the series, scoring first to break the deadlock with 80 seconds to play, then again with 20 seconds on the clock to give her side the decisive lead.

Captain Laura Langman followed the second goal up with an intercept to seal the result and give the Ferns a 2-1 lead in the four-test series, which means they are a win away from claiming the Constellation Cup for the first time since 2012. 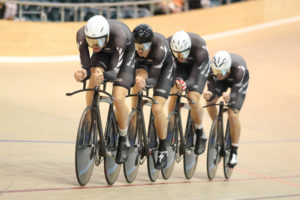 “A selection headache is if you don’t have the right people to put onto a team. If you have too many to choose from that’s a good problem to have. Right now we have a few of those good problems to solve,” Barras said as four days of competitive racing at the SIT Zero Fees Velodrome in Invercargill came to a close.

IOC plans to move Marathon for 2020

The International Olympic Committee (IOC) today announced that it is planning to move the Olympic marathon and race walking events to Sapporo, the host city of the Olympic Winter Games 1972. The move to Hokkaido, the northern-most prefecture of Japan, will mean significantly lower temperatures for the athletes during the Olympic Games. In Sapporo, temperatures during the Games period are as much as five to six degrees centigrade cooler during the day than in Tokyo, which is more than 800 kilometres further south.

The plans are part of a wide range of measures already being taken by Tokyo 2020 in consultation with the IOC and the International Federations to mitigate the effects of the temperatures which may occur next summer. The IOC has informed World Athletics about the proposed changes. 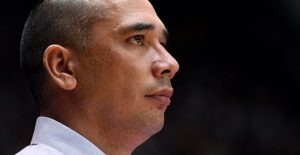 Paul Henare has called time as head coach of the Tall Blacks for an exciting opportunity overseas, to be announced late this week.

The decision ends a 17-year involvement with the team and jersey he cherishes so much, with nine years as a player, three years as an assistant coach and the last five years at the helm.

Henare has always been someone clear in his decision making and career path, never hesitating to make what might appear tough decisions if they are right for him, his family and the teams he works with.

“The decision to step down from my role as Head Coach was in some ways an easy choice – as strange as that may sound. Over the last few years my family have had to follow me around the country as we would pack and unpack moving from job to job,” says Henare.

“Time that I did have between seasons was snapped up by Tall Blacks commitments. Having one job now allows me to focus more on my family and gives me some much-needed time as a father and a husband.”